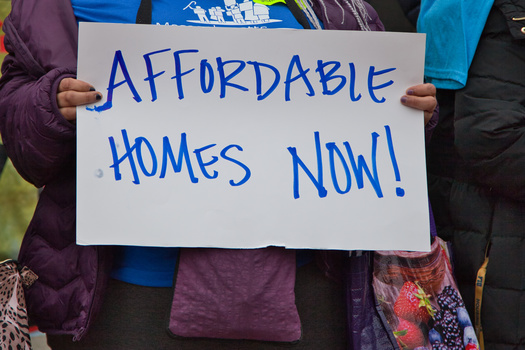 Data from Maine’s annual homelessness survey over time has been released, showing that 4,411 people were homeless on January 25 of this year, a sharp increase from the number the previous year.

Dan Brennan, director of the Maine State Housing Authority, acknowledged that while there has been an increase in the number of homeless people, the number also reflects a change in the formula for the count.

It includes people living in transitional housing, as well as those housed in motels and hotels under the federally funded rent relief program.

He said the more accurate the data collection, the better Maine will be able to address homelessness.

“We want homelessness to be as rare as possible,” Brennan said. “We know things are going to happen in life that will cause people to lose their homes or fall out of safe and stable housing. It’s going to happen. But the question is how long will someone stay? he in this situation?”

Nearly half of households that were counted as homeless have at least one child, and nearly 40% are black, brown, or Indigenous, while less than 10% of Maine’s overall population identifies as BIPOC.

Brennan added that homelessness in Maine is largely concentrated in urban centers, such as Portland and Bangor.

“What we need to do is help support the communities that are around these areas and in the more rural parts of Maine, so that people who are homeless can at least stay in their own community,” Brennan insisted. .

He noted that’s one of the reasons Maine Housing has partnered with an organization called Community Solutions, to improve data collection and collaboration. They create what they call regional hubs, each with a hub coordinator who can help people in the area connect to services.

“Right now, we’re in an environment where the availability of affordable housing is very scarce,” Brennan pointed out. “It has been a real challenge. But if we can make these centers operational and functional and more robust than they have been historically, they will be a help for the homeless shelters that are in these particular areas. ”

Arkansas is cutting most of the $146 million made available through a second round of federal emergency rental assistance. Critics of the move predict the ruling will hurt families who are still struggling due to the pandemic.

Governor Asa Hutchinson sent a letter to the US Treasury Department asking to take only 39% of funds for “housing stability” programs. Hutchinson cited a strong economy and labor market as reasons for rejecting the funds.

But Joyce Jones – a volunteer with Arkansas Renters United – said housing assistance was a lifeline for low-income families.

Arkansas still has $6.7 million in rental assistance, but the state closed its Emergency Rental Assistance Program application portal and there are no plans to reopen it.

A spokesperson for the Arkansas Department of Social Services said the state hopes to obtain approval to use these federal funds for job training, education and other services for families at risk of housing instability.

Meanwhile, rental prices in Little Rock have risen more than 16% since March 2020. Jones said with money left in the emergency fund, his organization would like to see the state reopen the Arkansas rental assistance program.

“Some of these people end up living in their car,” Jones said. “And if we get those funds and continue to distribute them to people in need, we avoid part of this disaster.”

The state’s DHS says Arkansans can access other rental assistance programs through the Emergency Solutions Grant, Community Services Block Grant, and Assistance Program. home energy for low-income households – all of which are available through community action agencies.

A new report from the National Low-Income Housing Coalition found that the state has only 34 affordable rental units available for every 100 very low-income households.

“The housing crisis that is described in this report and elsewhere was certainly exacerbated during the pandemic, but it existed before the pandemic,” Paul explained. “So it’s a pretty safe bet to assume that once we get through this unique moment, we will still be facing a housing crisis.”

Paul argued that it was up to lawmakers to help close the affordable housing gap by investing in more affordable housing and other structural changes. In the meantime, he said the Wisconsin Help for Homeowners initiative can help people with their overdue housing costs. Several counties, municipalities and local organizations also have their own local housing assistance programs.

Paul argues that this is a crisis with essentially two components: availability and affordability. According to the report, of Wisconsin’s 187,000 very low-income renter households, nearly three-quarters spend more than half of their income on housing costs.

“You really need a report like this, and a few others, that say, ‘Yeah, housing is expensive for everybody.

A separate report by the National Low-Income Housing Coalition finds that, on average, a person would have to earn nearly $18 an hour to afford a two-bedroom apartment in Wisconsin, nearly three times the minimum wage. current state.

Low-income veterans in North Dakota, at risk of becoming homeless, have options to turn to if a legal issue stands in their way, including a new partnership to help them navigate situations at home. inside or outside the courtroom.

Legal Services of North Dakota has a new initiative with the Community Action Partnership of North Dakota (CAP-ND), which allows both agencies to work closely with a client who needs a legal issue resolved, so they can get or keep a home.

Gale Coleman, director of legal services compliance, said something like child support payments might involve helping someone through a legal process, but she said it goes beyond that.

“How do I get my social security card?” How do I get my birth certificate? Coleman pointed out. “These are all things we may be able to help with, depending on the situation.”

Another request might be for help accessing military discharge documents. Members of both organizations say that for veterans with post-traumatic stress disorder or substance abuse, dealing with such challenges can be overwhelming.

As for the courts, Coleman said it’s daunting for almost anyone, and those who have served face unique challenges if they face lingering effects after deployment.

The partnership is funded by a grant from the Department of Veterans Affairs.

Diana Bjerke, program manager for veteran housing and employment at the Fargo VA Health Care System, said efforts like the program are critical in the larger effort to provide housing. She added that separate programs can step in before a problem becomes a legal nightmare.

“Someone who has PTSD may have had a DUI and come on our radar,” Bjerke suggested. “Instead of them ending up with a DUI, we can offer them treatment. We can offer them a lot of things instead of incarceration and help stabilize this veteran in the community.”

Bjerke added collectively that the initiatives are helping to move North Dakota closer to “functional zero” status for veteran homelessness.

Coleman noted that the stability that comes from partnering with CAP-ND can help ensure an individual’s progress doesn’t get derailed.

“These are things that may not take very long,” Coleman acknowledged. “But that’s a very important part of how that lens is supported, whether they can be carried, etc.”

Disclosure: North Dakota Legal Services contributes to our fund for reports on health issues, living wages/working families, Native American issues, and seniors’ issues. If you would like to help support news in the public interest, click here.

What is debt consolidation? | Accelerate lending