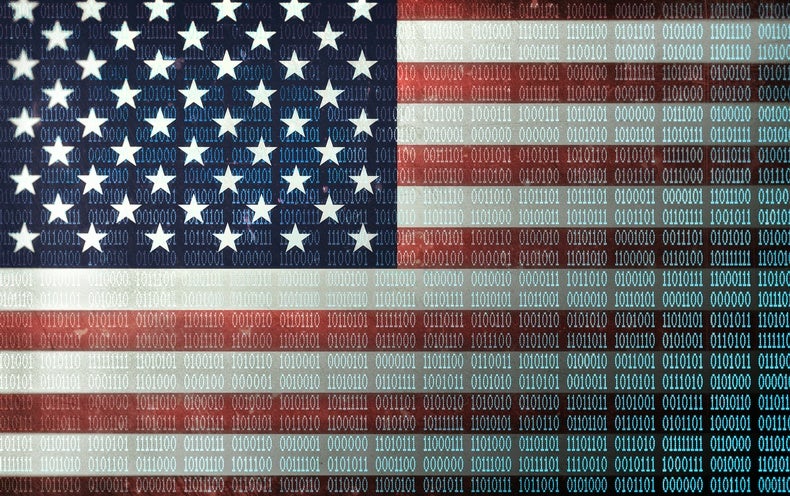 Throughout history, governments have mined or collected data about their citizens, from benign data, like salary information and census records, to scary data, like biometric records for enforcement activities. of the law. As abortion rights come under attack in the United States, privacy experts warn the government could collect and use cellphone data to target and prosecute pregnant women and those seeking abortion. In the past year, the FBI has made more than three million warrantless queries on US resident data collected by government and private companies.

A dwindling share of Americans support such warrantless government surveillance. Yet we have not effectively advocated against the growing surveillance of our personal data. It’s because we don’t take a principled view of government oversight as a whole. Instead, we begin to see viewpoints turn into ostracism and hatred of “the other”.

Our original research suggests that Americans’ fears of government surveillance change based on who is in power and what we fear the political party might do with our data. These fears cloud the issue: if we want more control over our own privacy, we need to focus on what data the government collects and what it do with this data. But, despite bipartisan support for laws limiting data collection and privacy, efforts by lawmakers to stop government surveillance have failed.

To protect our privacy, we need to focus on laws and programs that allow the collection of data about Americans. These laws and programs remain constant even when administrations change. Indeed, a constellation of government agencies, courts and laws together govern how we are monitored. Instead of trusting or distrusting government surveillance depending on whether the party we are affiliated with is in power, Americans need to demand transparency about how the government as a whole accesses their data and what it does. actually.

Conventional discourse treats government as a faceless entity, whose decisions are removed from the people who make them. We use terms like “the government got a mandate” or “the government mandated”. We conjure up images of large bureaucratic institutions veiled behind windowless, brutalist buildings making decisions.

But when it comes to data collection and privacy, these people and institutions are more nuanced. To better understand how the 2020 presidential election has changed the way people view government surveillance, our team of researchers from the University of Maryland and the Max Planck Institute for Software Systems surveyed Americans about their views on confidentiality during the summers of 2020 and 2021.

Under a Republican administration in 2020, self-reported Republicans were 9 percentage points more likely than Democrats to agree with the government collecting data about them to prevent terrorism. At that time, Republicans were also more accepting of DNA testing companies sharing their clients’ DNA data with law enforcement to help solve crimes, likely because Republicans see the police as protectors, especially when their party is in power.

But, after Joe Biden was elected in 2020, opinions shifted. When surveyed in 2021, Republicans’ tolerance for these two forms of government surveillance has weakened and Democrats’ tolerance has increased; now, Democrats were 9 percentage points more likely than Republicans to agree that the government collects data on them to prevent terrorism. This suggests that Americans are more willing to accept the government collecting data on them when their policy aligns with that of the president, even though the data collected can be used in the same way.

Even taking into account other factors such as age, gender, race, ethnicity and level of education, opinions reversed after the 2020 election.

Understanding what happens to our personal data and how to regain control of it is difficult. When faced with a difficult problem, we use mental shortcuts called heuristics to help us make decisions without fully understanding the problem we are facing. When it comes to government surveillance, we rely on political trust—the trust of our political party—instead of trying to figure out what’s really going on with our data.

Trust is at the heart of privacy. If I trust you, I am willing to share or disclose information with you. My trust in you reduces my vulnerability to you knowing private information about me.

And while we generally trust our own political party, decisions about what happens to our data are rarely made by the president, and even more rarely made public.

The US government is notoriously opaque about what personal data it collects and what it does with the data. When Edward Snowden exposed extensive telephone and internet surveillance of millions of Americans by the US intelligence community in 2013, there was outrage. But Republicans were more worried than Democrats, likely another result of political trust, since the revelations occurred while former President Obama was in office and Democrats held a majority in the Senate.

Our fear of what the other side might do with our data causes us to change our minds, which doesn’t make sense given the structure of government.

We have the ability to unite politically on better privacy legislation. In fact, one of the few topics politicians come together on is protecting their constituents’ privacy from tech companies, even if politicians don’t limit government surveillance.

Tech companies suck up customer data and use it to personalize their products, services and, of course, their ads. Facebook, Google, and Amazon collect your browsing history, location, financial information, and birthday to increase the likelihood of you clicking on their ads. Despite today’s politically polarized atmosphere, a majority of Americans agree that Congress should pass federal privacy legislation as soon as possible to protect consumer data from tech companies.

We need the same advocacy for transparency in government surveillance as we do for surveillance by tech companies. In a sign of progress, the Office of the Director of National Intelligence first revealed in April how intelligence agencies monitor Americans and how much data from people they interrogate. We need a bipartisan push for more transparency like this to allow Americans to form an informed opinion about government surveillance and defend their privacy.

Surveillance is surveillance, no matter which political party does it. Treating the data collected by one party as more benign than that collected by the other will only serve to increase the privacy violation powers of current and future governments. Using political trust as a heuristic to form opinions about government surveillance is a smokescreen that distracts us from potential government excesses that can infringe on the rights of both sides of the aisle.

This is an opinion and analytical article, and the opinions expressed by the author or authors are not necessarily those of American scientist.

How Small Businesses Can Benefit From Debt Consolidation